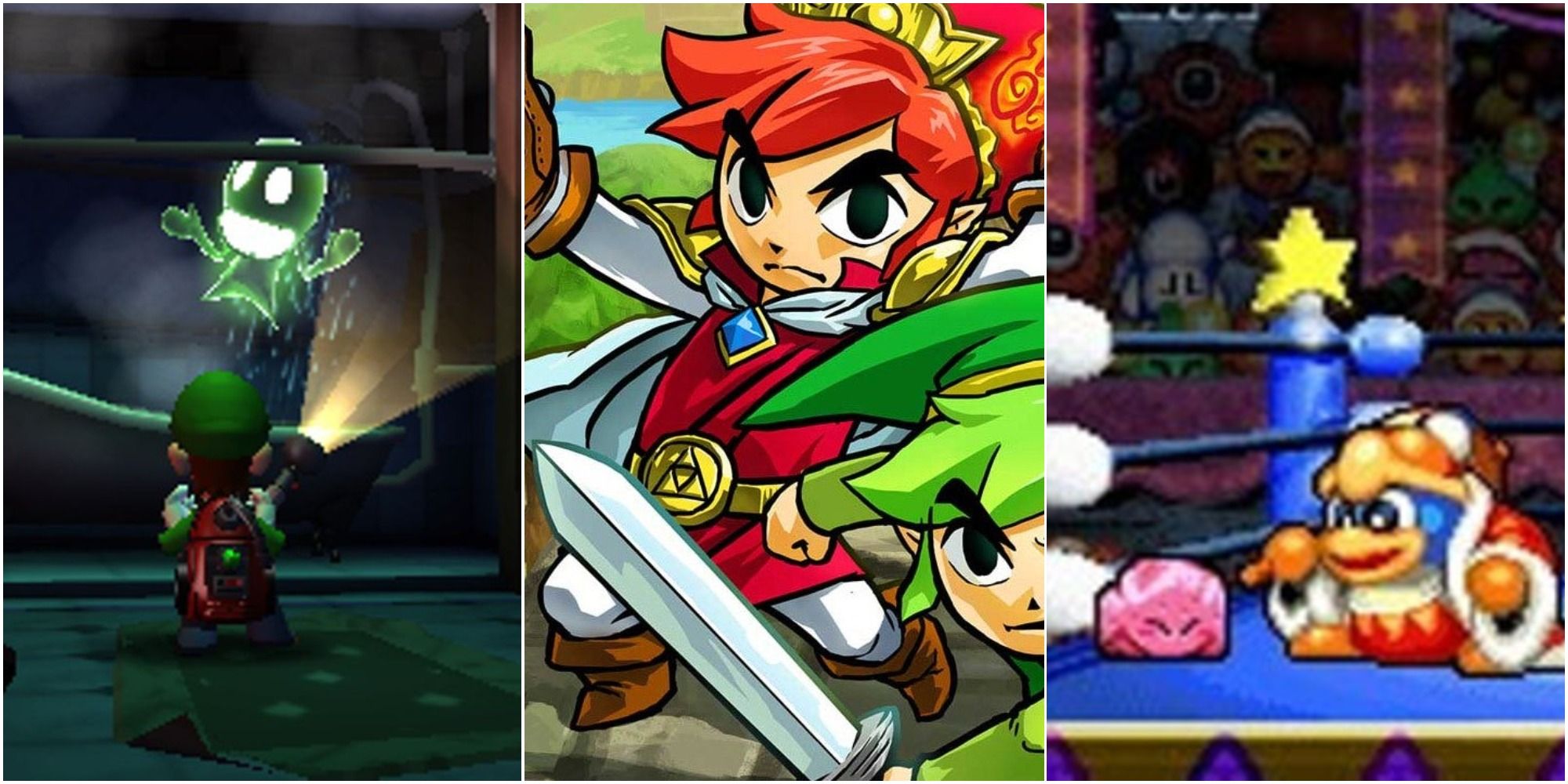 When conversations about the best co-op games arise, many people tend to forget about handhelds. Nintendo’s roster of iconic handheld consoles is home to countless gems across all genres, and that extends to co-op experiences. Two of the best co-op systems are the ever-legendary Nintendo DS and the 3DS.

Some have argued that handheld consoles simply offer watered down gaming experiences of fuller games, but that couldn’t be further from the truth. Some of the best platforming and adventure gaming experiences that can be had with one or more friends were some of the most unique games put on the DS and 3DS.

Although there was a lot of backlash when Metroid Prime: Federation Force was released, the game was quite a fun multiplayer experience. The issue most people had was how the game deviated from the style of the rest of the series, but when played with a group of friends, it’s a fun, action-packed experience.

The entry into the series seems aimed at younger players, but that shouldn’t be a reason not to give it a shot. Being able to play a Metroid game with four other players at the same time is something that many people have been waiting for for a long time.

It’s hard to go wrong when you pick up a Mario game. Whether you play alone or with a friend, New Super Mario Bros. 2 will always be a fun experience. This is Mario in its simplest form, classic 2D side-scrolling.

The real beauty of the game is being able to experience all the fun gameplay with a friend. Some of the levels can be challenging, but tackling them with a Luigi by your side will likely give you the motivation you need to see it through.

While Echoes of Time isn’t a traditional Final Fantasy experience, it doesn’t hinder gameplay in any way. In fact, there are plenty of people who are happy to call this game their favorite handheld Final Fantasy game.

Rather than standard turn-based combat, you can play alongside a few friends in active combat. It’s not the most complex RPG out there, but a lot of people were just happy to be able to play a fun Final Fantasy game with a group of friends by their side. The game even offers basic character creation tools.

The Scarescraper multiplayer mode in Luigi’s Mansion: Dark Moon is a mode that can be replayed endlessly with the right group of friends. The randomly generated co-op experience can go on forever for those looking for a serious challenge.

Basically, players work together to complete given missions on each floor. Once you and your friends are successful, you continue your ascent. It’s a mode filled with chaos and lots of laughs as you do what you can to work together to keep climbing. Even better, the mode can be played locally or online, depending on the player’s needs.

One of the most famous games is the Gourmet Race, which can be played by two people. Although the game itself is not that difficult, it is still a very fun experience for two friends to experience together; Just make sure you both have a copy of the game to play.

There isn’t much explanation needed when it comes to Mario Party DS. It’s Mario Party on DS. You and a few friends can choose your favorite character and laugh through a bunch of fun mini-games. Rather than remastering classic games, Mario Party DS did something unique.

Many minigames actually use the unique features of DS, creating lots of new and exciting minigames to try. You’ll know exactly what to expect if you’ve ever played a Mario Party game, but since this entry is portable, everyone should give it a try at least once.

While Kirby: Planet Robobot is already a ton of fun on your own, the game features one of the best mini-games in the franchise that can be played with a group of friends. Mayhem mode sees you and a group of friends take on a wave of Kirby bosses.

It may seem to make an already easy game much easier, but the chaos created on the screen can make the game quite difficult. You’ll laugh out loud as you work with your friends to battle the baddest bosses Kirby can throw at you. It’s a simple, yet fantastic mode.

There’s a lot of fun to be had with Triforce Heroes. The surprising and unique multiplayer experience for the 3DS gives you and a few friends the chance to save the day together. You get all the classic Triumphs from the Zelda series, but with two friends by your side rather than playing alone.

While combat is still important, the game really shines when it comes to its puzzles. Working with your other two links is essential if you hope to make it to the end of the game. To make things a little more difficult, you and your friends share a health bar, which means everyone has to be at their peak. shape.

While people were shocked at the quality of this portable Resident Evil when it was initially released, there apparently wasn’t enough love for the game’s fantastic multiplayer mode. a friend, you can do something similar.

In Raid Mode, you and a friend can work together to fight through gruesome scenarios filled with equally gruesome enemies. The mode is much more action-packed than the main campaign, but that’s probably for the best. Anyone who missed the portable version should look it up.

Another game that needs little explanation is the Monster Hunter 4 Ultimate port that was released on the 3DS. You and a few friends can go out into the wild and hunt monsters. It’s a little more simplistic and less pretty than its console counterparts, but it’s a wonder it even has a handheld port.

The excellent game is certainly best experienced with other players, as it makes taking down a massive monster feel like a trial. For some, this game was their introduction to the series as a whole, and many of those people love it and still play it, which goes to show what a fun experience it is.

Next: The best co-op side scrollers

Pokimane says women are fighting the ‘glass ceiling’ on Twitch

Cameron Miller is a writer with over five years of creative writing experience – both personally and for clients around the world. To date, has written four full-length novels ranging from 49,000 words in the low end to 99,000 words in the high end. Cameron is deeply involved in everyday pop culture and what he affectionately calls nerd culture.

Nintendo 3DS: the prices of 3DS games are exploding