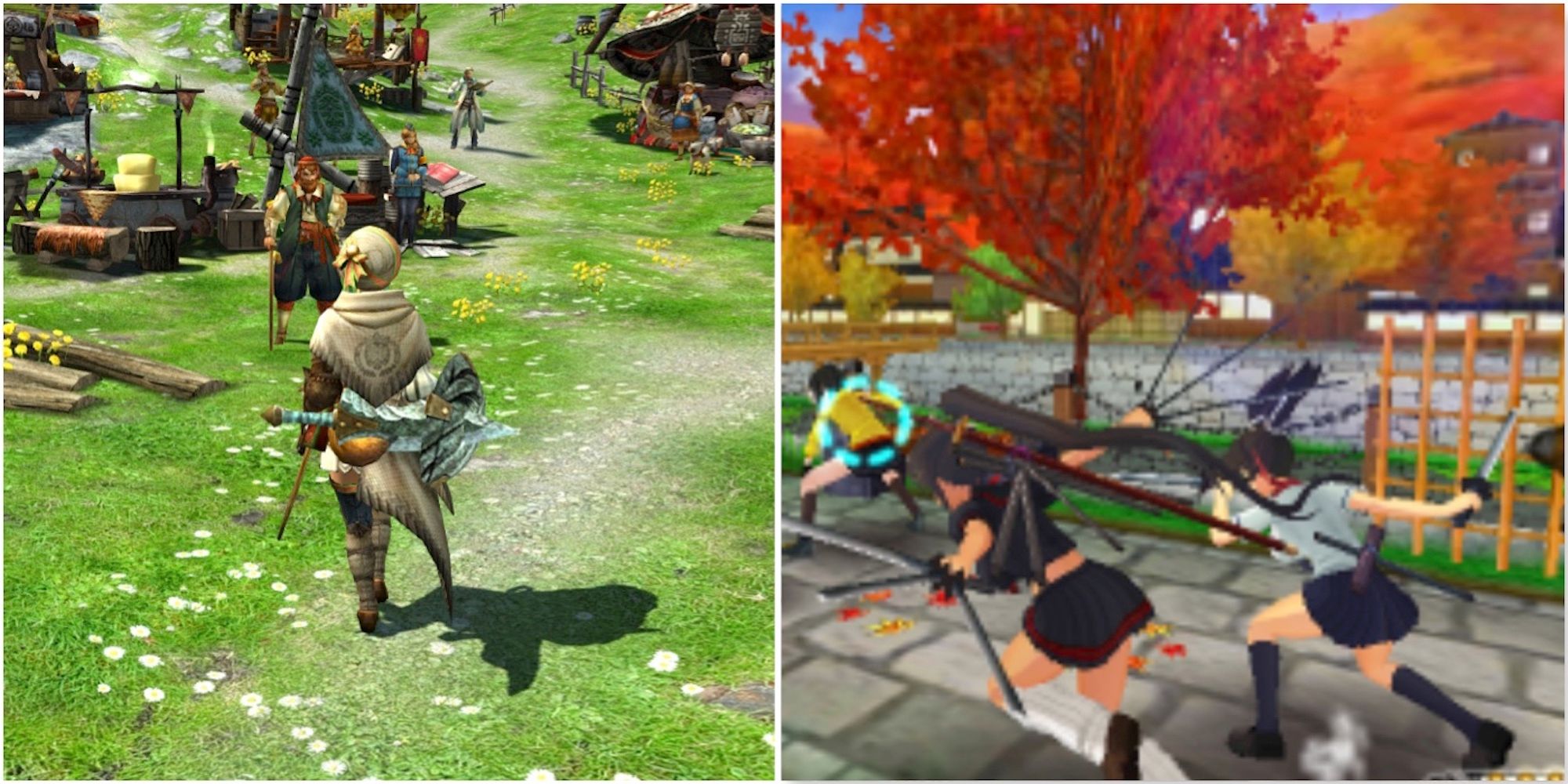 The 3DS was almost a flop for Nintendo, which is funny considering it used 3D. Nintendo’s other 3D-enabled console, the Virtual Boy, has become synonymous with failure not just with them, but with video games as a whole. The first mistake was charging $250 for the 3DS, a price that even diehard fans didn’t want to pay.

2022 marks the 11th anniversary of the 3DS and things have thankfully gotten better. Nintendo made more games and lowered the price. As good as these games are on the system, from some giant franchises, they are now forgotten because the 3DS is harder to play. For those who still have a handheld and love co-op, these games must be in the library.

The fantastic life is like a sims RPG that can be taken to extremes or played casually. Players can choose a job at the start of the game like in a typical RPG. There are offensive characters like mages and knights as well as more unusual classes like a tailor and cook.

No matter what job players choose, they can hit enemies. The goal is to help the kingdom with small tasks that apply to their job while trying to understand a deep evil that lurks nearby. Even better, four people can play the game together.

Final Fantasy Explorers was like this series’ version of monster hunter. Up to four friends could band together to fight climactic battles with some of this franchise’s most popular beasts, including a Marlboro.

There are even boss fights against summons like Ifrit which is one of the central themes of the game. The more time you spend in this game, the more gear players can get and thus become divine. It’s a grind without a lot of story to follow but it’s a good cooperative game for Final Fantasy Fans.

Heroes of Ruin was an early game for the 3DS that was apparently released to be the only RPG on the handheld for some time. It can best be described as Diablo-like meaning it’s a top-down action RPG with loot.

Has it redefined the genre and put Diablo in its place? No, but it was a good RPG for those who were craving a new multiplayer experience on 3DS. This is another game that supported up to four players, which made challenges, like bosses, easier.

Nintendo fans are still waiting to get GameCube games on the Switch, which has been rumored for quite some time. If the 3DS hadn’t been discontinued, then perhaps Nintendo would have continued to remake GameCube classics like

Luigi’s mansion. It improved a lot of things over the original like adding 3D support which was planned for the GameCube at one point. It also added co-op where a friend could take control of Gooigi while the main player remained with Luigi. This mechanic was borrowed from the third entry where Gooigi first appeared.

It wouldn’t be a multiplayer roster without a monster hunter title above. Portable versions of this series followed the more archaic pattern of separate areas and less front grip monster hunter world has been freed.

This series has always catered to a niche audience, so while it’s backed off a bit, the hardcore has eaten it up. Monster Hunter Generations is the best game in this series for the 3DS catalog. It’s like a series celebration or more like a greatest hits collection for you and up to three other friends.

New Super Mario Bros Wii was a phenomenon when it hit the Wii. It introduced a true co-op experience for the series and brought things back to 2D. This game alone made the Wii sell like hotcakes along with a few other select titles.

RELATED: Every Pokemon Game On The 3DS, Ranked (According To Metacritic)

It was odd then that a direct sequel was being made for the 3DS instead. It might not have been as smashing a hit as its Wii predecessor, but the gimmick in the room was an interesting one. There was still co-op, albeit more limited, reducing the party from four to two players.

Senran Kagura is a series that is often overlooked in the gaming community. They can be described as hack and slash RPGs at the level of Dynasty Warriors except with a lot more fan service. Playable characters are usually female ninjas who rip their clothes off while fighting.

Senran Kagura 2: Deep Crimson is definitely a bit risky and can make players blush. However, as pure action games, this series reigns supreme. Among the games that appeared on 3DS, this game is the finest. Two players can team up for some lewd and gross ninja action.

The Legend of Zelda: Tri Force Heroes can be played alone but it is much trickier to control AI partners. This series experimented with multiplayer for years, usually sticking to a four-player setup.

Unfortunately, this game cuts the party down to three, but that’s fine because it’s more than enough. Any other on-screen link may seem a little too chaotic on a portable screen. It wasn’t the franchise’s best co-op experience, but it was better than the consensus.

MORE: Every Zelda game on 3DS, ranked (according to Metacritic)

Twitch Streamer Collected All Super Nintendo Game Manuals And Made Them Free: NPR