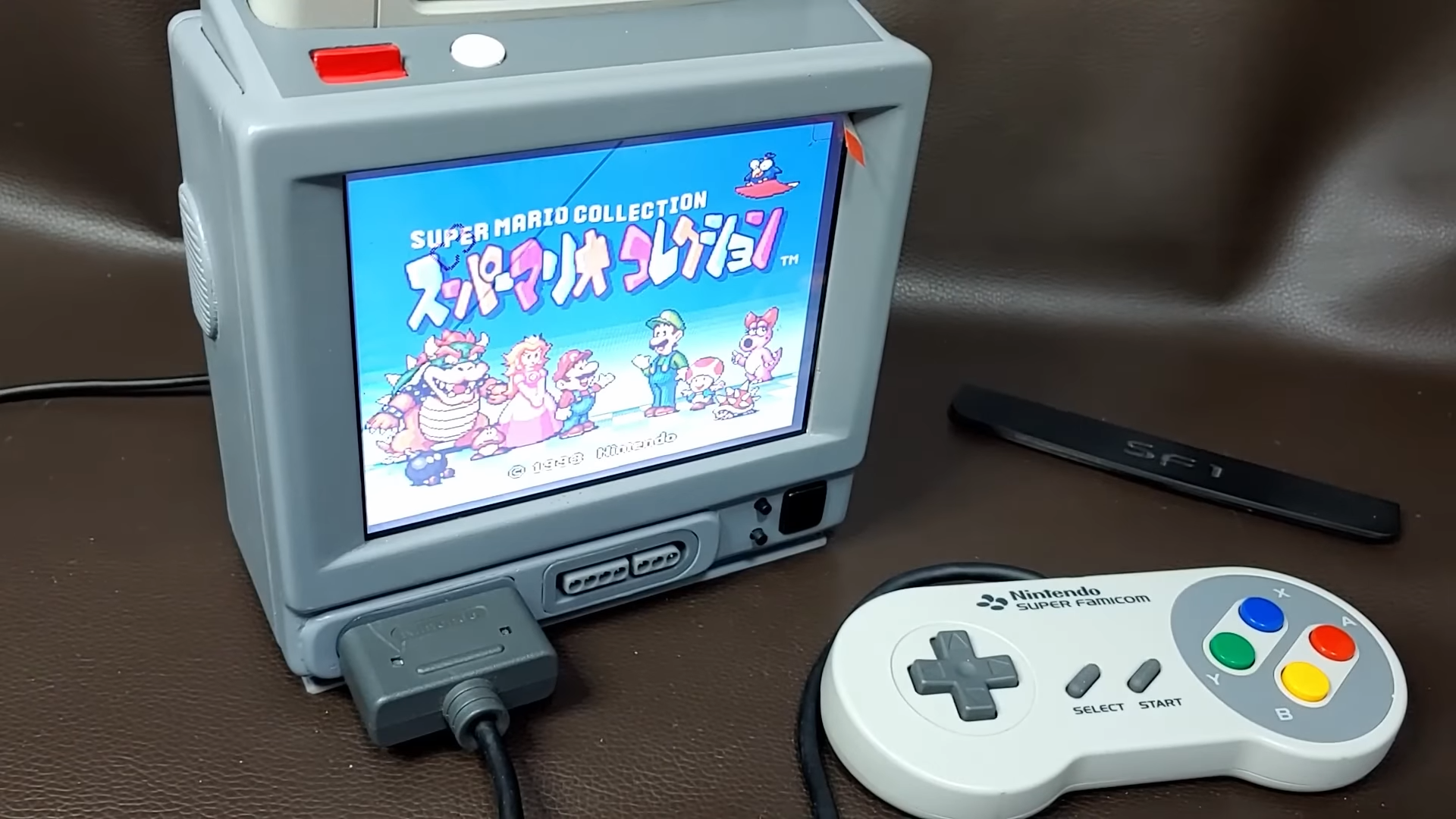 The Super NES is arguably the best-known console of the 16-bit era. It usually came in the form of a gray box with gray or purple buttons, and an angular or streamlined design, depending on whether you lived in North America, Europe or Asia. Compact and mini versions followed later, but there were also a few lesser-known models released during the heyday of the SNES in the early 1990s. One of these was the Sharp SF1: a CRT television with a Super Nintendo built-in. The cartridge slot was located at the top, with the controllers connecting to the front. The internal video connection even provided better image quality than a typical SNES setup.

The SF1 was never sold outside of Japan and is quite rare these days. But even if you can find one, the bulky CRT will take up a lot of space in your home. [Limone] decided to build a smaller replica instead. His “SF1 mini” comes in a 3D-printed case that houses a 5.5-inch TFT screen, stereo speakers, and connections for games and controllers.

Fortunately, [Limone] didn’t sacrifice an original SNES to make this project: instead, he used a DIY Super Nintendo kit developed by a company called Columbus Circle. This kit contains a modern replica of an SNES motherboard and is intended for custom builds like this. However, the layout of the motherboard did not match [Limone], so he unsoldered several components and reattached them using a huge strip of magnetic wire. An RGB to HDMI converter connects the video output of the SNES to the TFT display and provides remarkably sharp graphics.

[Limone] explains the building process in detail in the video embedded below (in Korean, with English subtitles available). We’ve seen some neat SNES replicas, some small and some particularly tiny, but this has to be the first SF1 replica.

Thanks to [CatfaceMcMeowMeow] from the Hackaday Discord Server for the tip!