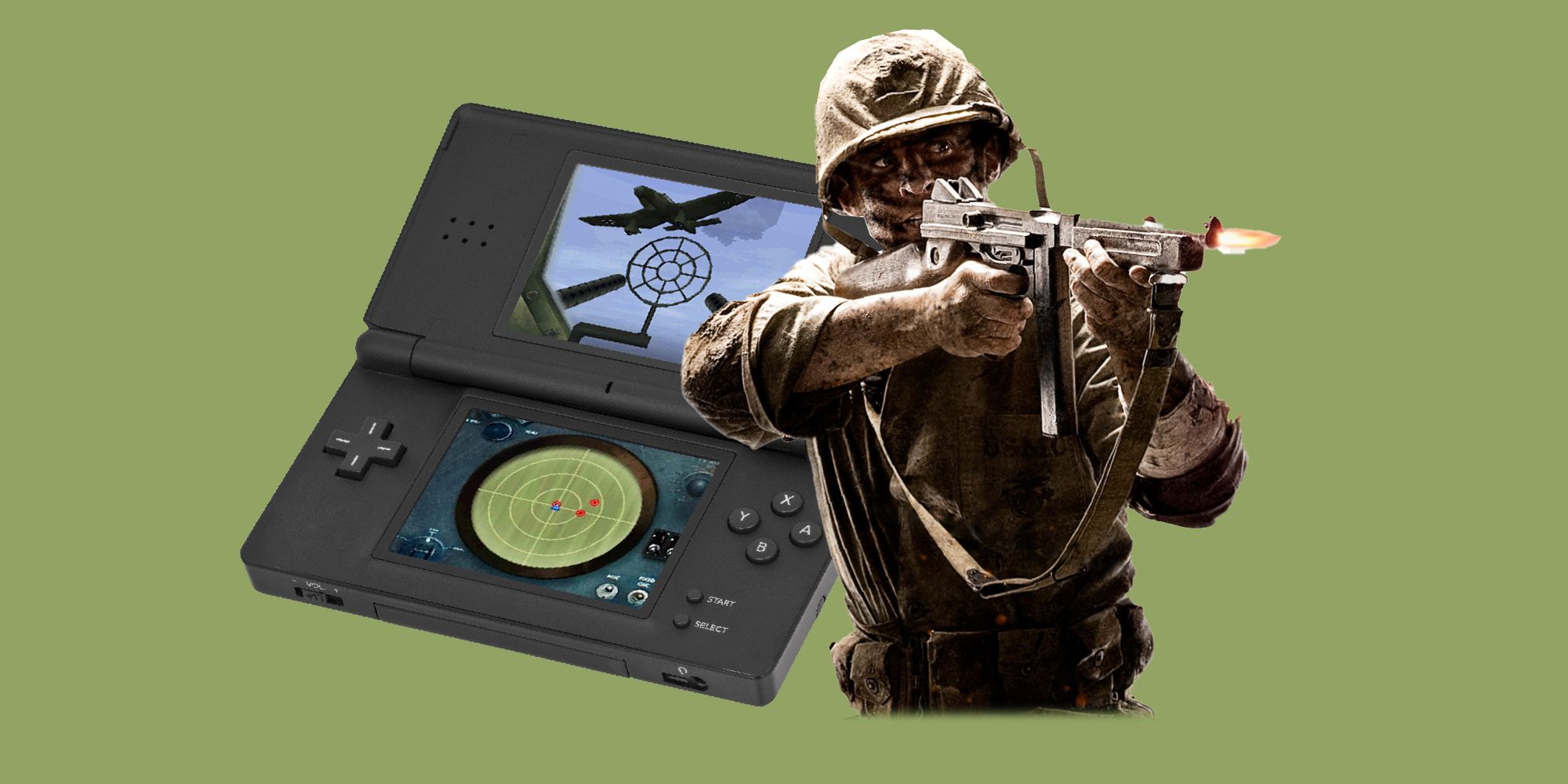 World At War Hit Different on the Nintendo DS

What was the first Call of Duty game you played? Modern Warfare 2? Blops? Maybe you’re an OG CoD fan and started with the original. Maybe you’re so young your first was Vanguard or Warzone. If so, please never speak to me about it or I will crumble into dust and withdraw from this deadly winding.

My first Call of Duty game was World At War. It’s a historical classic, but my experience was different from most. I didn’t download Activision’s WW2 title onto an Xbox 360 or PlayStation 3 – heck, I didn’t own a home console other than the Wii – I played on my Nintendo DS.

Related: Apex Legends Players, Please Part Away From The Jumpmaster

While you weren’t shooting by tapping the stylus – the DS has some really good bumper buttons, thank you very much – the lack of a second joystick meant you were aiming while using your stylus. The touch screen played a big role in the mechanics. There were mini-games that involved firing artillery, moving mechanical parts with stylus swipes, and firing with aggressive swipes. I tapped Morse code messages, pulled parachute cords, and sat in gun slots using the DS touchscreen, and loved every second of it. Clearing mines was particularly stressful, but I remember the feeling of satisfaction was unparalleled if you were successful. Or tapped on it, I guess.

After all, I didn’t know anything different. Having a DS as my main console and having only owned a Wii and a Game Boy Advance before, I had never played a first person shooter before. These consoles have shooters, but I was happy to spend hours with Pikachu, Mario, and the cast of licensed Harry Potter games. That was exactly what shooters were, in my opinion. Explosive villain levels followed by Morse code mini-games. I’ve never played the console version of World at War, so maybe Is have Morse code typing as a basic mechanic.

But the minigames weren’t the worst part of World at War on DS. It would be filming. The guns had no feel, the recoil was virtually non-existent, and the AI ​​had the brains of a particularly dumb ant. I vividly remember finishing a level with 92% headshots as Nazis lined up in front of my rifle. Maybe if I had played online, opponents would have called me a camper (or probably worse), but I didn’t know shooter etiquette. Also, I wouldn’t have heard them, because I was playing World at War on a Nintendo DS, so there was no way to communicate with teammates in the online modes.

I have never been online or experienced the joy of Nazi zombies. I can’t remember if I wasn’t aware or wasn’t allowed, but probably a mix of both. At that time, the only multiplayer I had ever played involved a jumper cable between my Advance and my brother’s SP for Pokemon swapping. I always beat him in battles, so we didn’t do them often. World at War was a strictly single-player experience for me, like all my shooters until I got an Xbox 360 with Modern Warfare 2 and Halo 3. Talk about an upgrade.

I can’t stress enough that World at War was unshootery on DS. Movement wasn’t important as long as you kept cover, and aiming with the touchscreen was indescribable – not to mention, clearly broken. You can sit behind a crate, spend a minute lining up your shot, then instantly kill an enemy. No one else would notice, it seemed. New crate, new enemy, new shot. It might not sound like fun, but with nothing to compare it opened my eyes to a whole world of games that weren’t RPGs. Now look at me. A man who nearly cried while opening Heirloom Fragments in Apex Legends. Some of my favorite games are shooters, Apex is my most played game of all time (other than Pokemon Go which probably tops it but luckily doesn’t count). And it all started here. I’ve come a long way, and I’m grateful for first-person shooters too.

Next: Omega Strikers Preview: Exciting Competitive Play, But Can It Maintain Its Momentum?

Every Pokemon Game For The Nintendo DS, Ranked (According To Metacritic)